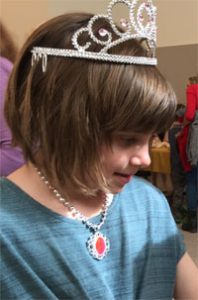 Males are four times more likely to be diagnosed with autism spectrum disorder (ASD) than females, but the reason why is unclear. A few years ago, a genetics study showed that females with ASD have a higher number of genetic mutations than males.1 This finding led to the “female protective effect” hypothesis, which says that girls must have a higher number of genetic mutations in order to be diagnosed with autism. This hypothesis led investigators to compare the brains of males and females for evidence of the protective effect.

Most genetic studies look at DNA or RNA from saliva or blood. Because fewer females than males are diagnosed, fewer samples of female brain tissue are studied, and scientists understand less about females with autism. Through the resources of Autism BrainNet, Dr. Cyndi Schumann and colleagues were able to compare the brains of males and females.2 Schumann’s project found a higher number of potentially harmful genetic mutations in females in a newly discovered form of genetic material called microRNA. Surprisingly, the mutations were not found in genes known to be involved in autism. Rather, they were found in genes related to immune system function.

These findings are consistent with other studies of the brains of males and females with ASD. For example, Donna Werling and Daniel Geschwind discovered that gene expression changes between males and females were not in identified autism risk genes.3 They were in genes that trim and shape neurons and control how they connect. The genes carry out these functions by regulating microglia–the major cell of the immune system in the brain.

Both studies highlight the importance of studying the human brain to understand autism. Also, the causes of the disparity in diagnosis in males and females might have more to do with the way that male and female brains work and less to do with autism risk genes. Finally, since there is a difference in the biology of autism in males and females, females may need different, specialized interventions and treatments. What is discovered in boys doesn’t necessarily reflect what is going on in girls.

Please rate the helpfulness of this article:

In The News
Menu